Hi everyone. The events of the past few weeks have been weighing very heavily on me. I don’t know how anyone could fail to be moved by the worldwide protests of the senseless and tragic deaths of George Floyd, Breonna Taylor, Ahmaud Arbery, Philando Castile, Trayvon Martin, Michael Brown, Tamir Rice, Alton Sterling, Sandra Bland, Eric Garner, and many, many, far too many others.

I understand that during stressful times, reading silly reviews of used exercise DVDs can provide a welcome, momentary distraction. If that’s what you’re looking for, I’ll have some links of past reviews below that you can click through. But for now, I want to call attention to a problematic aspect of the fitness industry, an inherent bias that you may not have noticed until now. Here’s an example: 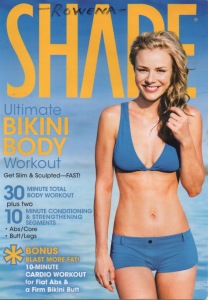 Aside from the fact that the cover model’s torso has been stretched beyond recognition via Photoshop, what could possibly be wrong with this cover? Turns out, this woman isn’t the host. She’s not in the video at all. This is actually the instructor, Dominique Hall:

Why not put her on the cover? She’s attractive, fit, and guides us though a good workout. It’s in my regular rotation, in fact.  So why isn’t she on the cover of her own video? Did the marketing team believe “the false narrative that Black women do not value their health,” according to this article by Alissa Henry?

Or are they afraid that a product with a Black person on the cover won’t sell as many copies as one with a Caucasian? Is this racism on the part of fitness companies, or is the public to blame? Perhaps a little bit of both.

In fact, in my non-scientific study of used exercise videos over the past five years, I’ve found that most feature a young, conventionally pretty, white, often blonde, woman on the cover. And honestly, there isn’t much diversity in the supporting casts either. I’ve worked out to plenty of DVDs that feature an all-white cast, or there may be some people of color, with the exclusion of Black people, or perhaps one placed in the back row.

There are some exceptions, however. It’s not surprising that more recently made exercise DVD’s are more inclusive, reflecting a change in attitudes. And Richard Simmons gets an honorable mention for having the most diverse casts, with respect to age, body type, and ethnicity.

This is about pattern recognition. When we are willing to acknowledge patterns of implicit bias, we can begin to make meaningful changes, and not just with fitness products. But as it relates to this blog, everybody deserves to feel included when they just want to get healthy.

I do want to highlight some examples of fitness DVD’s that feature Black people on the cover, but in most cases, it’s because they are representing their own fitness brand.

We all know Billy Blanks. I recommend his videos when you’re in the mood for punching, kicking, and counting to eight: 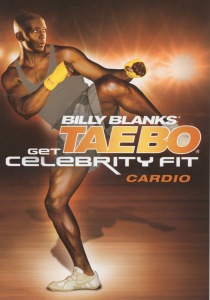 Do you want to flirt and dance while working your abs? Check out Shaun T’s Hip Hop Abs or Rockin’ Body: 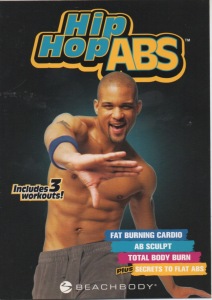 Would you like to be told that you’re fabulous so many times that you actually believe it? Try Toccara’s Fabulous Workout: 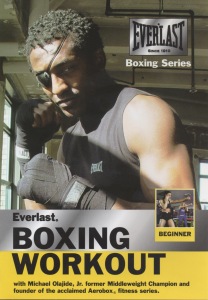 If you’re looking for old-school Reeboks with giant socks, look no further than Victoria Johnson and her Dance Jam:

If a gentle, thorough yoga stretch is what you’re after, try Robin Downes’ Yoga Flava:

A special shout-out to the Yoga Zone franchise for putting teacher Douglas on the cover: 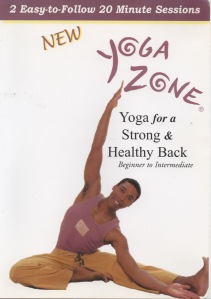 Likewise to The FIRM, having instructor Kelsie Daniels front and center:

And Loyal Readers may recall the ass-kickery of Shaolin Strength Training, with Donald Hamby and Mike Marshall: 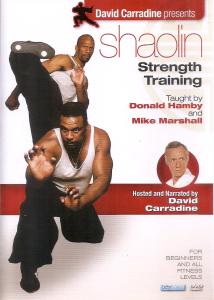 This one’s such a gem, I may rerun the review next week with some all-new screen shots so you may bask in its glory once more.