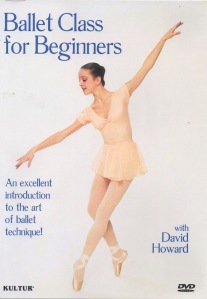 First Impression: She was inside my jewelry box the whole time?

Second Impression: Turns out, she’s got a whole studio apartment set up in there!

This DVD greets me with Schoolhouse Rock level graphics:

‘Cause knowledge is power!

This is instructor David Howard, secret Mean Girl. “On Wednesdays, we wear pink,” he smirks: 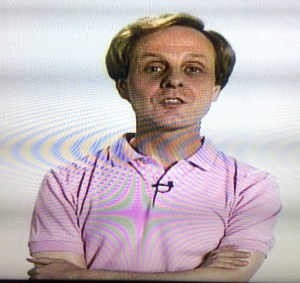 We never see him below his torso, so it’s perfectly natural to conclude that he’s an AI creation specifically programmed to be an expert on dance. By what authority, who can say? For what purpose, who can tell? None of it matters as soon as he starts calling out names of dance steps in his buttery British accent. 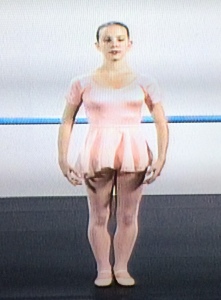 This is Allison Potter, Harry’s cousin, and doesn’t she look ready for a fight? She goes to Beauxbatons, and you’d have a chip on your shoulder, too, if they made you wave around that ribbon thing on a stick and called it “magic for girls.”

Allison shows us some grands pliés and I’m getting a little bored, mostly because I’m not any good at this.

“Give the allusion of softness,” suggests David Howard, instructing us to execute a backbend.

We do a long, involved set of repetitions on the barre with the left leg. “Remember to do each exercise on the opposite leg,” David Howard gently prods. But he doesn’t have Allison Potter demonstrate it, so that so he has to know no one at home will, either, leaving all his viewers slightly unbalanced. What’s your game, David Howard?

We move on to – I could swear he called it “Batman Fondue.” 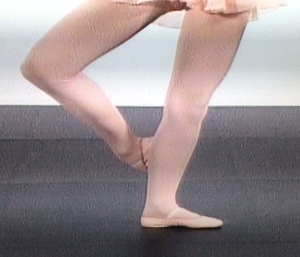 This honestly looks like trying to shake a piece of toilet paper off your shoe when you get out of the restroom. 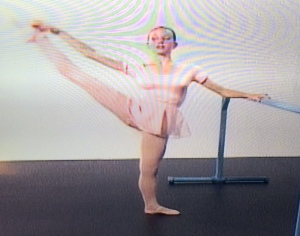 What’s that tearing sound? Nothing, just my tendons.

David Howard has dear Allison demonstrate The Seven Movements of Dance. She whips through them too fast for me to write them down, so if memory serves, they are: Embarrassment, Pain, Agony, Leotards, Razor Burn, Resentment, and Bunions.

Then Allison works through a few simple combinations accompanied by the incessant plinking of the rehearsal piano, and David Howard sings out his instructions. Look who drops in to see what all the caterwauling is about: 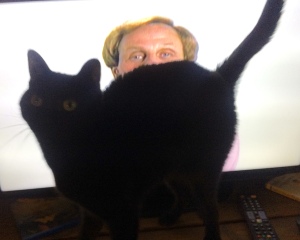